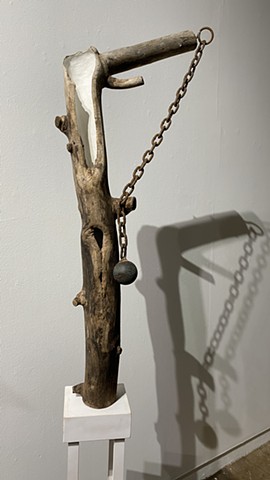 “Man is a part of nature, and this war against nature is inevitably a war against himself” —Rachel Carson 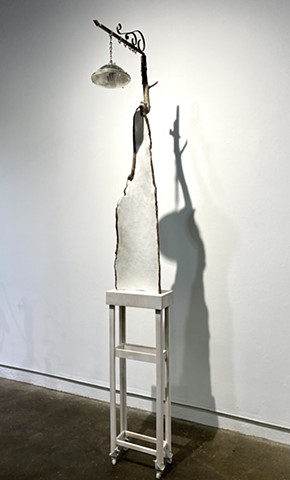 "The way to right wrongs is to turn the light of truth upon them.” - Ida B Wells 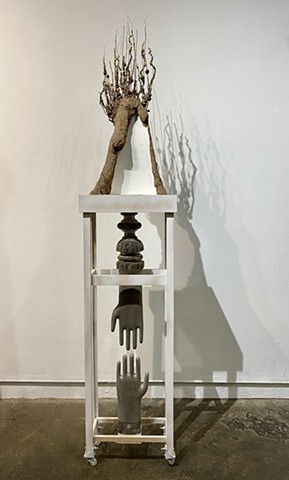 "Power is in the earth; it is in your relationship to the earth." - Winona LaDuke 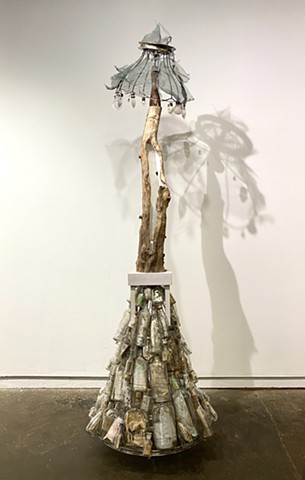 "It's as though these trees are sharing their deepest secrets. These connections are crucial to our well being." - Suzanne Simard 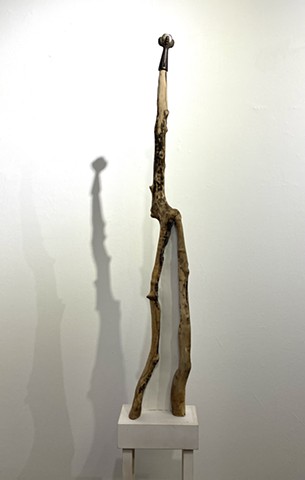 "Living Democracy grows like a tree, from the bottom up.” - Vandana Shiva 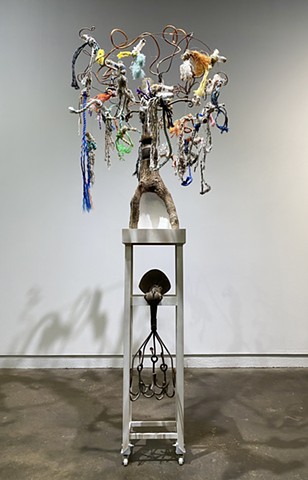 "Acknowledging the gifts that surround us creates a sense of satisfaction, a feeling of enough- ness which is an antidote to the societal messages that drill into our spirits telling us we must have more.” - Robin Wall Kimmerer 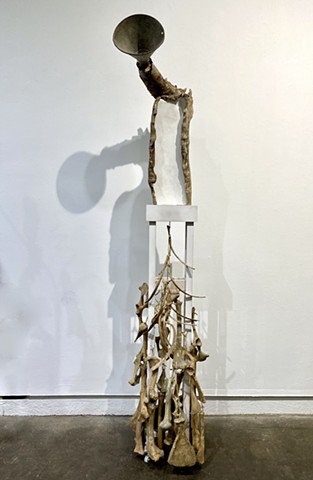 "The least I can do is speak out for those who cannot speak for themselves.” - Jane Goodall 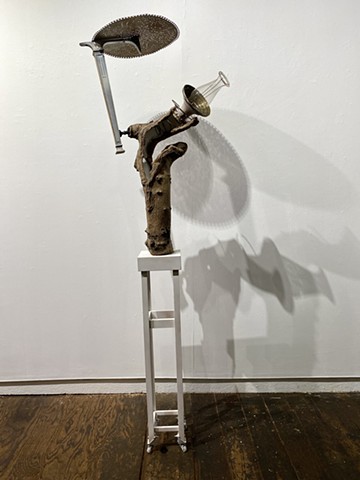 "We are all stardust. There’s no hierarchy. Everything that powers the universe goes in a circle. This is the sacred hoop. We are all relatives.”- Ruth Hopkins 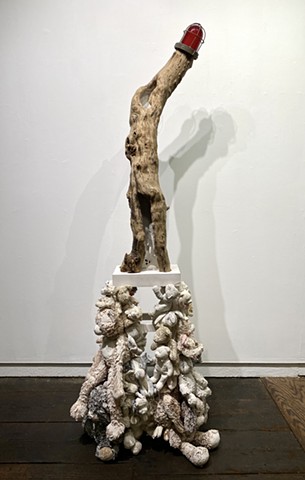 "In a time of such destruction, our lives depend on this listening. It may be that the earth speaks its symptoms to us." - Linda Hogan 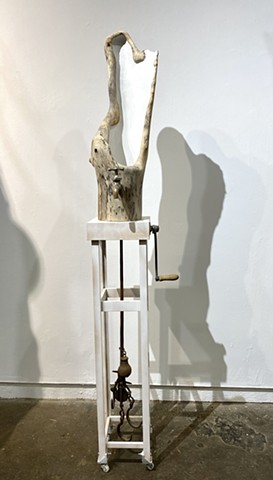 "What is it that you have in your pocket that you didn't take from our land?” - Nirupabai 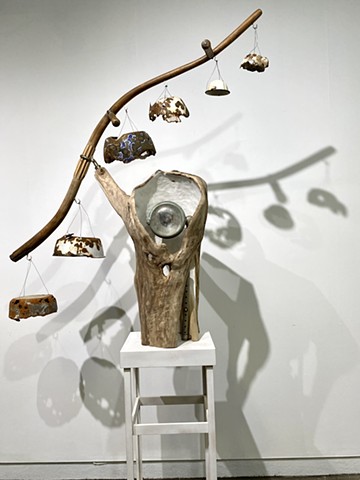 Jordan’s art practice and life are intertwined. Her studio space includes the abused and forgotten patches of land sandwiched between roads and urban streams. A magical realm of tangled forest writhes along the edges of these streams. Ideas germinate during her wanderings in these zones as she practices looking for nothing and everything at the same time. Her natural sense of time and place is restored by absorbing all the patterns of seasonal changes, animal activities, growth, and decay.

These urban waterways carry the flood of storm water from the surfaces of our human-built landscape out to the Chesapeake Bay and the ocean beyond. The water gathers whatever it encounters in the roads and gullies. This flotsam and jetsam whispers clues to life. Found objects and foraged organic materials later combine in the studio as spiritual translators for Earth’s pleas and wisdom. Jordan’s sculptures are a language spoken by the terrain we zoom past every day, busy ignoring our breathing earthling brethren. These adorned bone-like figures are both memorial and messenger, epitaph and prophecy, funeral dirge and call-to-arms.

These forests have witnessed and been victims of our human folly for hundreds of years now. Some trees seem to gesticulate as spokespeople, warning of the looming climate cataclysm. The large works combine these patient arboreal expressions with phrases from female environmentalists, poets, and social justice activists. These brave women were often themselves victims of injustice and their work was often ignored. Degradation of women and abuse of the Earth historically go hand in hand. Each sculpture was designed with some of these writings in mind.